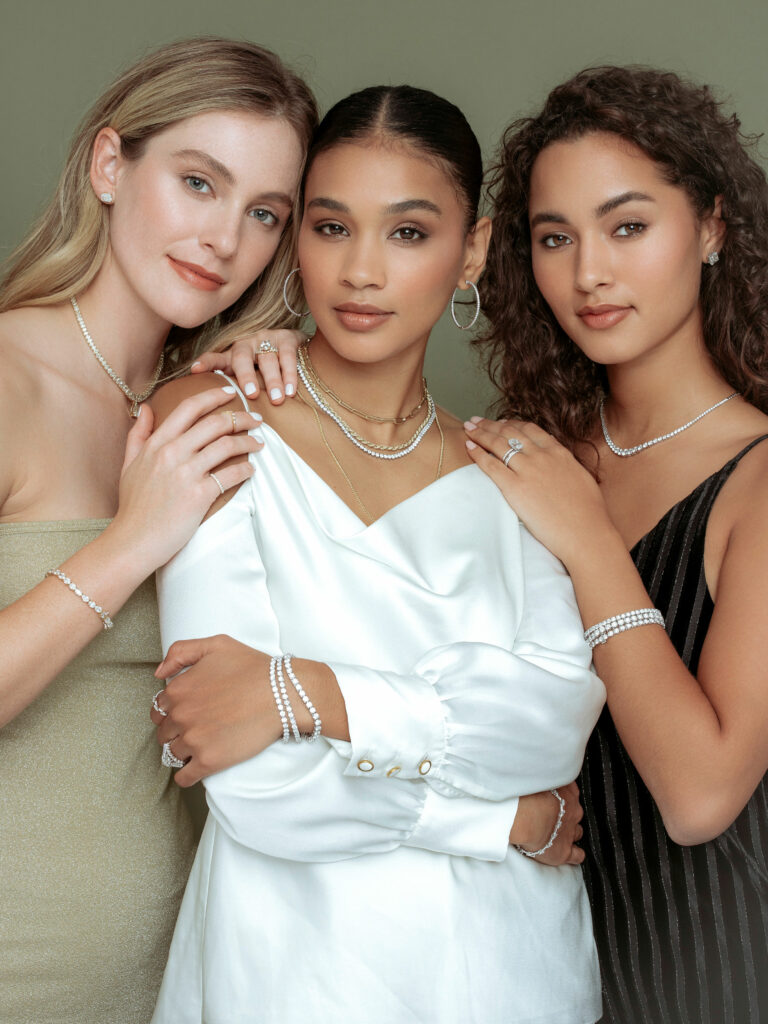 BACK →
All Engagement Rings
Shop by style
Menu
Shop All
Shop by shape
Menu
Don't know where to start?
Menu

Previous
Next
All Products

Throughout modern history, diamonds have played an important role in human culture – songs have been written about them, and they have starred in books and movies and become part of international culture.

The main reason for this is undoubtedly their attractive and prestigious look, but what makes the diamonds so coveted and intriguing?

Each diamond is the product of thousands of years of chemical activity that takes place in the depths of the earth. Each diamond that adorns a ring or necklace carries with it a history of an a thousand year process. It symbolizes the patience and perseverance needed to create a such a creation. The diamond is the proof that great things take time.

The forces of nature or man?

Natural diamonds are formed as a result of a combination of extreme conditions. A temperature of 1500 to 2500 degrees Celsius at a pressure of about 60,000 atmospheres which exist only in the Earth’s mantle at a depth of about 200 kilometers below the earth.
The carbon atoms trapped in these conditions, connect in a molecular structure in which each carbon atom binds to 4 carbon atoms in the same way (covalent bond). This unique bond created a crystalline crystal with unique properties, which is the diamond.

The process of diamond formation is a piece of history in itself. The time it takes for a diamond to form is 100 million years. In a process that has lasted for hundreds of dictionaries, the diamond absorbs the substances in its environment, which give it its color and degree of clarity.
The process of searching for diamonds is a long process because even after thousands of years of creation, the diamond can continue to be hidden deep in the earth for many more years. In order for the diamond to make its way toward the earth, an eruption of magma fluid is required, which results from the displacement of the tectonic plates. This eruption leads to the formation of rocks of different types. The most common of these are kimberlite rocks, which contain the diamond crystals.
The rocks formed underground become the main source of mining for the diamonds. Some of the rocks disintegrate over the years. The diamonds within them are washed away and reach the streams and the sea, which are the secondary sources of diamond mining.
Another thing that gives diamonds their prestige is their eternity. The molecular structure of the diamond is different from other existing gems and consists of only one element – carbon. The covalent bond between the carbon atoms makes the diamond the strongest material in the world, giving it extraordinary durability. This preserves the appearance of the diamond even after thousands of years and gives it eternal life.

The unique process of natural diamond formation and the efforts involved in finding, mining and processing it are what make the diamond one of the most coveted materials in the world, and accordingly one of the most expensive. The price of diamonds has led to the development of the synthetic diamond industry, in which diamonds are produced artificially under laboratory conditions that mimic the natural conditions necessary for the formation of a diamond.
The idea of ​​artificially producing diamonds was first invented in the early 1940s by researchers who discovered that the natural process that causes diamonds to be restored can be achieved by heating graphite. Its chemical composition is the same as the pure carbon composition of the natural diamond.

In the 1950s, the first synthetic diamonds were produced. They managed to build a suitable kiln to meet the required production conditions, but these were limited in quality. At the beginning of the 21st century, production methods and technology were perfected and so did the quality of the diamonds produced under laboratory conditions. Advances in technology have enabled the extensive production of synthetic diamonds at relatively cheap costs compared to the cost of a real diamond.

The advantages of real diamonds compared to lab diamonds

Despite the identical structure and shape, there are a number of differences between real diamonds and synthetic diamonds made under laboratory conditions.

The price – The price of the diamond is determined based on a number of fixed parameters, which include the shape of the diamond, its weight, color, clarity and how it is cut. But synthetic diamonds have a different value than regular diamonds. A synthetic diamond with certain characteristics will cost at least 50 percent less than a real diamond with similar characteristics.

The quality – Synthetic diamonds in laboratory conditions, no matter how good they are, can not really be a substitute for the quality of luxury diamonds. The rarest, most colorful and most expensive ones are of course the highest quality.

Size – Despite advances in methods for creating diamonds under laboratory conditions, synthetic diamond makers have not yet been able to replicate the ability of the forces of nature to create large diamonds. Laboratory diamonds are limited in size, and most synthetic diamonds are in sizes of half to one and a half carats.

History – One of the elements that make a diamond so desirable is its story, and the millions of years that have passed since it’s creation until it came to us as a piece of jewelry. Synthetic diamonds do not have this history behind them, and being created in a laboratory oven for several weeks is far less romantic than the story of a real diamond, sitting on its finger after millions of years in the ground.

How do you differentiate between a real diamond and a synthetic diamond created in a lab?

Whichever you choose, you will still have a beautiful piece of jewelry that you’ll love forever
instagram
I love you a latte 💍

Look at her glow 💎

The engaged era has entered the chat

Tell me about it, stud(s)

& they lived happily ever after 💍 #engaged #en

I love you a latte 💍

Look at her glow 💎

The engaged era has entered the chat

Tell me about it, stud(s)

& they lived happily ever after 💍 #engaged #en

Free Shipping
We offer free shipping for both domestic and international orders.